Home - News - Industry News - What is a Solar Inverter For?

What is a Solar Inverter For?

On-grid solar inverter is used in full-featured solar complexes to convert DC to AC while simultaneously raising the voltage. Let’s take a closer look at why you need a solar inverter for 12 volts.

The panels convert the energy from sunlight into electrical current, which is fed through the controller to the battery. It accumulates the charge and gives it off as needed, at the same time replenishing the deficiency from solar modules. However, only a few consuming devices can use energy from batteries, since batteries provide a low voltage direct current – 12, 24 or (rarely) 48 V.

The most common are conventional converters, the power of which is in the range of 250-8000 watts. The dimensions of such devices depend on the size of the load since the power is provided by additional units in the inverter design. 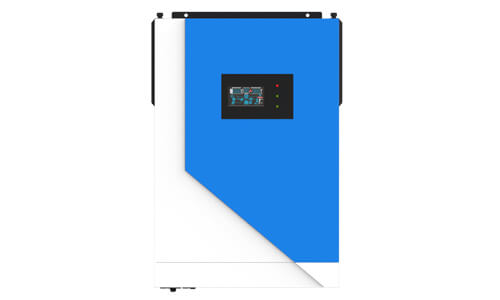 Features of the device:

The lack of an inverter severely limits the capabilities of solar panels. They can only charge batteries, provide power for low voltage lighting or other specific devices. Solar inverters for the home allow you to get maximum efficiency from the panels, provide power for any household technical devices.

It is noteworthy that when three inverters are connected in a cascade, a three-phase voltage with standard parameters can be obtained, which can become a source for powerful electric motors and other installations.

Types of inverters for SPP

There are several types of grid-type inverters, differing in some design features and purpose. When assembling a complex of solar panels, various options are used that require the owner to correctly understand the specifics and features of their work. First of all, inverters are distinguished by the shape of the output signal:

The most preferred design is a sine wave solar inverter. It is capable of producing the highest quality waveform, optimal for all household appliances, technical and electronic devices.

Square wave inverters are the cheapest, but are only recommended for simple lighting fixtures. Many types of home appliances from such sources cannot work.

Pseudo-sinusoidal devices are a compromise between the first and second types, capable of working with any device. However, for some sensitive types of consumers it is best not to use them. In addition, noise and noise can be generated from pseudo-sine inverters. 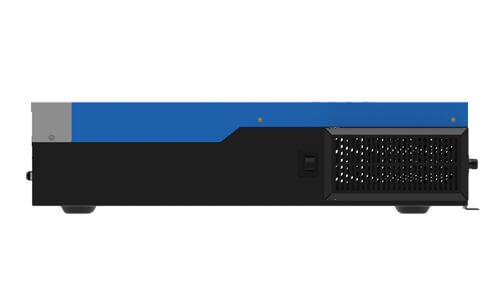 In addition, there are inverters designed to work in different conditions. Let’s take a closer look at them:

On-grid inverters are used while simultaneously connecting users to a centralized power grid. According to the initial concept, the inverter provides power to consumers and switches them to mains consumption when the battery charge drops below normal.

Typically, grid power is used during the day, when solar batteries are being charged. At night, there is a transition to autonomous power supply, until the moment when the battery charge is depleted. During the daytime, it is possible to return energy to the network if the battery charge is full. This function is also used if the power of solar panels significantly exceeds the needs of the home.

An autonomous solar inverter is a converter that converts the battery current into an alternating standard voltage. He works in a constant mode, there is no external support. Installed between the battery pack and the end consumers of electricity. If a self-contained inverter fails, the power supply to household appliances is cut off.

Such a scheme assumes high loads, therefore the power of the inverter is selected with a certain margin. In addition, it is necessary to ensure that the parameters of the inverter exceed the starting current of the most powerful consumer. This is important as the peak value can damage the device.

For example, a refrigerator or air conditioner at startup exceeds the operating capacity by 10 times, so it is imperative to have a certain stock. Before purchasing, you should calculate the total power of all consumers and take into account the peak starting loads. In addition, you need to add a margin to compensate for the drop in output power over time.

Hybrid or multifunctional inverters combine in their work all the capabilities of networked and autonomous devices. They are considered the best choice, but their cost often forces users to consider other options. 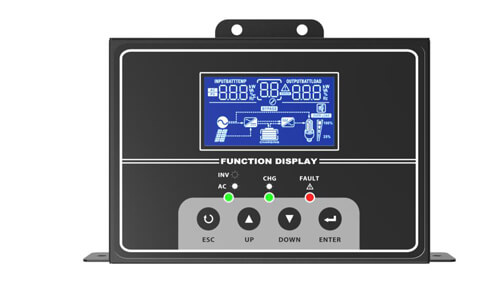 Let’s consider how to choose a grid solar inverter. The best option is to purchase a ready-made set of devices with selected parameters. Selecting a single inverter is a difficult task for an untrained person. However, it is often necessary to buy a device for a ready-made set of solar modules.

It is accepted to be guided by the following indicators:

Choosing grid inverters for solar panels, you need to make a simple calculation. The power of all consumers is added up, some margin is added to ensure peak loads.

It must be borne in mind that many consumers create an increased starting load at the time of start-up. If the power of the inverter is selected incorrectly, the peak values will quickly destroy the device. In addition, you need to pay attention to the permissible temperature values, since the inverter is sensitive to this indicator.

Connecting the inverter to the solar panel

It is necessary to prepare a cable of the appropriate cross-section, capable of withstanding all possible loads. It should be borne in mind that the length of the connecting cable between the Solar Generator and the inverter should not exceed 3 m.If consumers are located far from the modules, lengthen the high-voltage arm – a cable by 220 V

The simplest scheme for connecting an inverter is in the gap between consumers and batteries. This option is used for stand-alone devices.

The most complex scheme is for network or hybrid devices. In parallel with the battery, the mains voltage is connected (to the corresponding contacts), the load is immediately connected. An additional pair of contacts is intended for a redundant system (back-up lighting, emergency power supply, etc.). The choice of circuit depends on the purpose and design of the inverter, as well as the availability of a connection to the centralized network.

The process of connecting devices does not cause any difficulties. All contacts are named, the main task is not to confuse them in a hurry. First, the whole set is assembled – panels, controller, battery. After that, the inverter is connected and the operation is checked. The detected errors are immediately eliminated. When there is complete confidence in the correctness of all connections, they connect the payload – Home Energy Storage From this moment on, solar panels are considered to be put into operation.