Home - News - Is it good to invest in half cell mono solar panel?

Is it good to invest in half cell mono solar panel?

What is half cell and how is it related to solar energy? 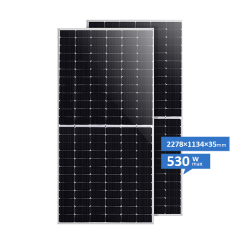 If you intend to install solar energy – or even already have the system installed – it is worth understanding what half cell mono solar panel is.

It is a simple technology to understand and that can bring several benefits to your solar investment.

So read this article until the end!

What is half cell?

Before we explain what half cell is, know that this term directly relates to solar panels. So let’s go back a little bit on their basic concept.

Solar panels – also called solar modules or photovoltaic panels – are those plates installed on the roof, on slabs or on land, to capture solar radiation.

Each solar panel comes of several cells that are built using energy semiconductor materials – silicon is the most common.

Below is a type of conventional photovoltaic panel. Each square represents a solar cell:

Half cell  is a technology that cuts a solar panel in half. See how it goes:

Notice that in the photo above, we don’t have two solar panels, but only one with a cut in the middle.

Well, in a solar panel, each cell connects by ribbons – and these ribbons often cause energy losses during transport. This also results in power loss in generation.

When these cells divide in half, fewer tapes are common and half the energy current generates. The end result is a reduction of 1/4 of the losses in the interconnection of the cells and the consequent increase in power.

In other words: less energy losses, more power – and more electricity for your home. In fact, this is already a first and great advantage.

When you understand what half cell mono solar panel is, you start to realize that this type of solar panel requires a smaller amount of panel to install. It increases the ROI of solar energy .

What are the advantages of investing in solar panels with half cell technology?

After understanding what half cell is, we have already explained the great advantage of increasing power and reducing current losses generated in the cells.

But there are other advantages:

The explanation for this is somewhat technical, but let’s translates it in a simple way: with this division in half, a greater number of cell groups come in a single panel. It is as if each of these groups worked independently.

As a result, when shading occurs in any panel group, the other groups continue to work efficiently.

Since in the half cell panel there is a reduction in the current that circulates in the cells, the heat dissipation reduces. It prevents the panels from overheating, reducing risks and even fires.

Remember: despite capturing energy through the Sun, this does not mean that solar panels need to be hot – in fact; their temperatures are around 20ºC.

Fewer numbers of panels to be installed

Half cell mono solar panel with higher efficiency requires a smaller quantity in the installation. And in the end, you win, because even if the value of the half cell panel is higher than the traditional panel, up front you will get a faster return on what you invested.

It is always important to remember that with solar energy, you can reduce your energy bill by up to 90%. That’s economics!

Before we finish, it is also necessary to say that although you now know what half cell mono solar panel is and how this technology helps to improve the efficiency of the photovoltaic system, this does not mean that the more traditional solar panels are not worth the investment.

Is it good to invest in half cell mono solar panel?

Depending on your project, common monocrystalline or polycrystalline modules can also generate very positive results. In other words, it is worth investing in solar energy anyway!

So, are we going to continue talking about this subject? We have prepared a practical guide for those who want to install solar energy in their property, whether residential, commercial or rural.

More and more people are discovering the advantages of using solar energy and adopting the capture systems in their properties. Despite this, there are still those who believe in myths or spread doubts about this type of technology and end up popularizing some false information.

Therefore, we separate a series of clarifications on what is myth and truth on the subject. Check it out below and stay tuned:

Is a permit required to install the solar collection system?

TRUTH – Since the photovoltaic system involves changes in energy distribution, the concessionaire responsible for supplying electricity at the place in question must authorize. In addition, before the request comes, the responsible professionals will inform you about all the operating details. 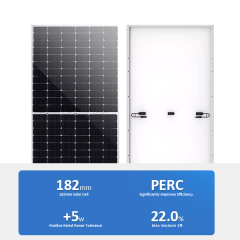 Myths and truths about solar energy

MYTH – Because it is commonly associated with the roof, and appears to imply changes in the construction of the property, many people believe that the installation requires changes in the structure of the place. But in fact, this is not true.

The labor involved in fixing the panels and installing the interior is considerably simple. It does not require works or renovations. Even if there is a change of residence, it is possible to transfer the system to the new location without major difficulties.

MYTH – Despite being normally associated with roofs, photovoltaic panels is easy to place in the preferred location of the holder consumer, as long as it approves by the contracted solar energy company.

This is because the system does not have just one shape or size, making it easy to install in more unusual places. In addition to the already known use on roofs (which can be regular, made of ceramic, metallic tile or fiber cement), the system can be installed on the ground (if there is a large space to spare somewhere on the ground), on the roof of a parking lot and even in weirs.